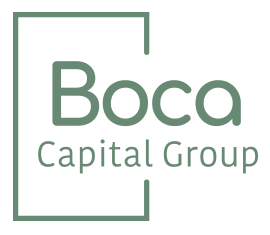 Mr. Hurley has over 30 years of experience working directly with the U.S. Department of Defense (DoD), Foreign Militaries, and Domestic/International Industry Partners. His areas of expertise include: strategic planning, business development, product development, manufacturing management, test and evaluation, product assurance, and integrated logistics support. During the last 20 years Mr. Hurley has specialized in the development and manufacturing of night vision products including night vision goggles, lasers, thermal night sights, and a wide variety of weapon sights and targeting systems. Before his night vision career, he worked on numerous airborne radar warning and electronic countermeasure systems for the USAF, US Navy, and NATO countries.

Mr. Hurley was the President and CEO of Rochester Precision Optics in Rochester, NY. Mr. Hurley was instrumental in negotiating an asset purchase agreement from Kodak in 2005 and re-hired 25 of their key employees. Under his leadership, the business grew from startup of $2.0M in 2006 to over $33.0M in 2014 employing over 200 people in under 10 years. Mr. Hurley was also a key contributor and held a variety of executive roles at Insight Technology in Londonderry, NH which was acquired by L3 Communications in 2010. He was also a Program Manager at Sanders Associates in Nashua, NH which was purchased by Lockheed Corporation and is currently owned by BAE Systems Electronics & Integrated Solutions.

David Zhang has more than 25 years of executive experience working with companies on capital raising, M&A, financial planning and growth strategies. Previously, David was a Managing Director of Reicon Global Advisors Ltd., a firm he established to advise established and start-up companies on growth and turn-around strategies in addition to operational issues. During his tenure with Reicon Global, David also acted as Senior Advisor to CEO and the board of Avon Products Japan, assisting the company to turn around its operations that resulted in the successful exit of its investors. In addition, David regularly advised early stage companies while guiding these companies through the different life cycles.

Prior to founding Reicon Global, David was the regional CFO for Standard & Poor’s, overseeing 3,500 employees across 11 countries and over $500M top-line revenues. In this role, he was responsible for all finance functions, strategic directions and operations of its credit rating, index and financial data businesses. David worked closely with local regulators to enhance the company’s overall governance and compliance structures. During his tenure with S&P, the businesses in China and India grew significantly. David was a member of the Asia Pacific Executive Committee and Risk and Compliance Committee.

Before S&P, David was the deputy general manager in the CFO office of Shinsei Bank, a commercial and investment bank with over USD 100 billion assets under management. In this role, David worked directly with executive office to execute strategic initiatives in areas of M&A, capital raising and investors relations. David played a key role in the $5.4B acquisition of GE Money and later on integrated the operations into Shinsei Financial.

Previously, David was Vice President of Finance at Lehman Brothers Asia headquarter where he oversaw the financial policies and was deeply involved in the deal structuring across various Asian markets. Prior to relocating to Asia, David spent over 10 years in auditing and later on in management consulting with Arthur Andersen and Ernst & Young in New York. He worked with Fortune 100 clients in financial services, hospitality and consumer products industries and assisted with various business improvement initiatives, including projects in business transformation, financial system redesign and cost containment etc. David worked briefly as an M&A banker with Salomon Smith Barney before returning back to his consulting roots.

David obtained his MBA from the Wharton School of Business – University of Pennsylvania. He obtained his BBA in accounting from Baruch College, CUNY. He is a CPA and CFA charter holder.

Binh Hua has over 20 years of experience in the financial services industry serving banking and capital markets clients with deep content in the areas of risk management and controls for trading, foreign exchange, structured finance, mortgage securitization, servicing and financial operations. He has a strong reputation for delivering proven results for his clients.

Prior to being a Co-Founder and COO for Boca Capital Group, Mr. Hua was a Managing Director for Falcon Capital Advisors in Washington, DC. Before Falcon, Mr. Hua was Founder and Managing Director of Newbridge Consulting Services LLC in Bethesda, MD where he managed the company’s client activities and provided management consulting and execution expertise to a diverse range of clients. Mr. Hua also spent a substantial amount of time during his career working at Ernst & Young for its New York and Washington offices and has travelled throughout the United States to execute on client engagements.

Prior to Ernst & Young, he worked at Soros Fund Management as an Associate in banking and finance. Mr. Hua also had the opportunity to collaborate on various transactions with the Soros Private Equity group. Before the Soros Funds, Mr. Hua was at Morgan Stanley in foreign exchange as an Associate trading assistant.
Mr. Hua has a Master of Business Administration from Georgetown University and a Bachelor of Arts in Economics from the University of Rochester. Mr. Hua is a certified Project Management Professional (PMP) awarded by the global Project Management Institute (PMI).

Mr. Hua is a former Board Member and Committee Lead for Bethesda Cares, a non-profit organization with over 500 volunteers whose mission is to prevent, ease and end homelessness in the Bethesda and surrounding communities. He has a wife who is a career cancer researcher and successful entrepreneur, and they both have two daughters living and training in Boca Raton, FL for tennis.

Colleen O’Dowd has over 20 years of experience working in the corporate and private sectors of several industries, as well as having experience in the healthcare industry. She has a strong record of developing and maintaining long-lasting relationships with clients and as a selfless team member. Ms. O’Dowd is completely committed to all of the projects that she manages or working on and sees them through to completion on time and within budget. Ms. O’Dowd is dedicated and loyal to the clients she represents and takes great pride in herself with respect to her robust communication skills as well as her unrelenting attention to detail.

Prior to joining Boca Capital Group, Ms. O’Dowd was a Project Manager for Xerox, Inc. in the State and Local Government Division. She also served as a Project Manager for S. Cohen and Associates while working for the Environmental Protection Agency (EPA) under the Indoor Air Quality Division. Prior to Xerox, Ms. O’Dowd worked as the Chief of Staff to the COO through two company divestitures, an experience she takes great pride in seeing the full life cycle of a company. The first was when Lockheed Martin, State & Local Solutions was purchased by ACS, Incorporated and then by Xerox, Incorporated. In addition to working with the EPA, Ms. O’Dowd has experience working with Department of Energy (DOE), Department of Transportation (DOT), Department of Homeland Security, Department of Health and Human Services (DHHS) as well as a variety of state and local government agencies.

Ms. O’Dowd holds a Master of Occupational Therapy from Misericordia University and a Bachelor of Science from Pennsylvania State University.

Paulina He has over 15 years of experience working with a wide variety of domestic and international clients. She has a proven record of establishing and building relationships with customers and managing projects from concept to completion. Experienced in strategic planning, new business development and profitability improvement. Skilled in financial management, building cross-functional teams, communication and translation.

Prior to joining Boca Capital Group Ms. He was a Product Manager for Universal Photonics in Long Island, NY where she managed their optical glass business. She also worked at Rochester Precision Optics in Rochester, NY as an Account Manager and General Manager of their Shanghai office, Precision Optics (Shanghai) Trading Company. Prior to that Ms. He was a Product Manager at Unioriental in Beijing, China where she established and managed their optical component business.

Ms. He holds an Executive MBA from Rochester University’s Simon Business School and a Master Degree from Beijing Normal University. She is fluent in English, Mandarin and Cantonese languages.